The History of Security Central – 50 Years in the Making! 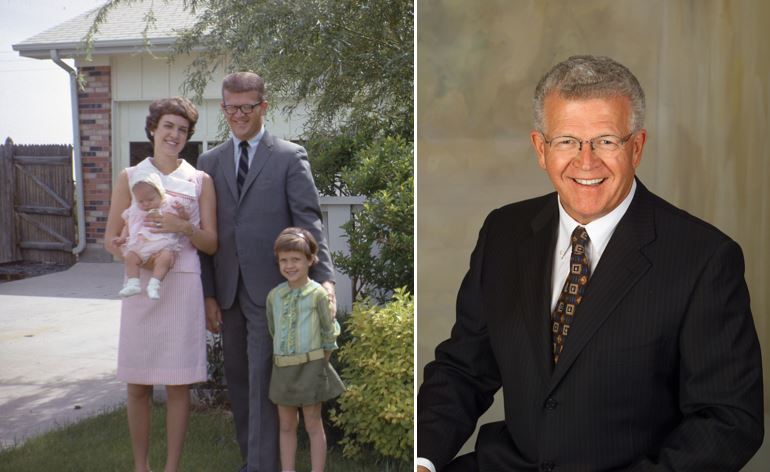 1969 was full of memorable events.  Apollo 11 successfully landed the first man on the moon.  Woodstock brought 400,000 music lovers together.  And Security Central began!

It has been an amazing 50 years.  Through the decades we have been blessed with the opportunity to C.A.R.E. for the safety and security of over ten thousand Colorado homes and businesses.  We love making the world both a safer place and a better place thanks to loyal clients like you.  Throughout 2019, we will be celebrating our 50th anniversary by sharing stories, laughing at old photos, and highlighting some of the people who helped to make us who we are today.

To kick off our 50th Anniversary celebration, let’s start with a quick overview of how Security Central was birthed in 1969.

Jon Green (pictured above with his family in 1969 and today), Security Central’s founder, was a life insurance salesman.  He helped to protect people financially through insurance products.  During a meeting with an insurance client who was developing a new electronic alarm device, Jon was introduced to the idea of protecting people through electronic alarm systems.

Jon researched electronic alarm technology available at the time and found a manufacturer called Ademco (short for Alarm Device Manufacturing Company).  Although their devices were used primarily in commercial businesses at the time, Jon saw that the technology could be applied to homes as well.  He decided to open his own business selling and installing Ademco security control equipment.  Thus, Security Controls, Inc. was born!

The original company name of the company was not Security Central.  For the first decade, the alarm systems Jon sold were simply “local” alarms that sounded a siren.  Remote monitoring service technology was not yet readily available.  That changed in the late 1970s.  The advent of the digital alarm communicator made remote alarm monitoring possible over a standard phone line.

As alarm monitoring became an important part of Jon’s business, he recognized the name Security Controls no longer represented all that he offered.  Therefore, he modified the name to Security Central to better communicate the wide offering of security products and services that his company delivered to clients.

Stay tuned for more Security Central history, stories, and prizes as we celebrate our 50th anniversary all year long!